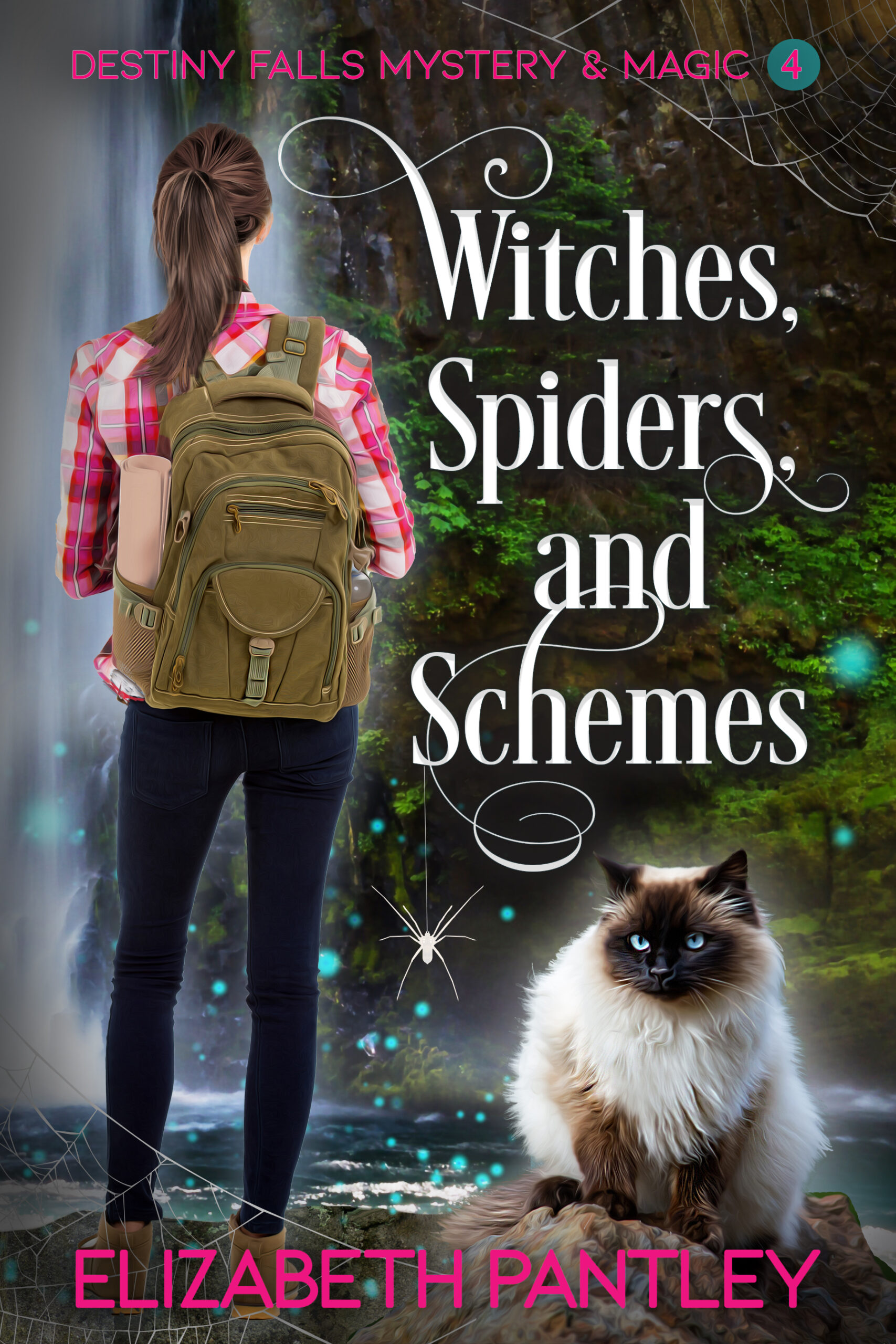 “Will blow you away!”
~ Cozy Mystery Book Reviews

“My favorite series in the whole wide world.”
~ Elza Reads

“The mystery, magic, and delicately woven story held me captive! I couldn’t ever imagine such a delicious story!”
~ Goodreads

”The characters are written full of life and jumped off the page. The whodunit kept me intrigued and guessing.”
~ Goodreads

”You cannot get enough of this series!!!”
~ Cozy Mystery Book Reviews

“One of the most creative series I’ve ever read.”
~ Kara, Goodreads

“So. Darn. Clever. It’ll keep you on your toes – hopping and guessing – until the final pages.”
~ Pages & Paws

“A captivating read full of interesting people and places, with surprises around every corner.”
~ Linda C. Goodreads

“A magical tale with a quirky cast of characters, engaging dialogue, a pleasantly appealing universe, and an intriguing plotline that I could not put down.”
~ Dru Ann, drusbookmusing.com

Welcome Back to Destiny Falls

A magic mirror to an enchanted world. A mysterious ghost. A hilarious, perpetually annoyed witch. A brave, sassy cat. Two unexplained deaths and a mysterious community filled with secrets. Can Hayden and the people of Destiny Falls solve the mystery and return the community to its peaceful, enchanted existence?

Hayden’s adventures in Destiny Falls continue in book four of the Destiny Falls Mystery & Magic series. Starting with a strange old woman at a cave and her father’s mysterious ferry journey, there are secrets to be unwound.

The enchantments in Destiny Falls are showing cracks, and Hayden suspects that it’s tied directly to her family, which has a history that’s more complex than she realized. When two bodies are found floating in the bay it’s clear that the mysteries surrounding Gladstone and the ferry are more dangerous than people realize.

Luckily, Hayden and her sassy sidekick, Latifa have developed a group of family and friends in this enchanted place who are all ready and willing to help solve the mystery, and release Destiny Falls to resume its normal, amazing, enchanted existence.

Hayden’s many adventures in Destiny Falls will keep you guessing with each book in this intriguing series.

I stared at the old woman. She was sitting on a rock in the mouth of a cave in front of us. She gawked at me as she sipped from a bottle of green Gatorade. How had a romantic hike up to the mountain lake taken such a strange turn? She told Han and me that her name was Mnemosyne, but that she was called Nemmy.

Nemmy? Could she be the woman from the stories I’d been told? Was that even possible?

Gaspar, the ghost who’d been telling me tales, had a daughter called Nemmy. She was King Gaspar Reuben’s youngest daughter of three. The one who had been tutored in black magic by an evil crone witch and bestowed with dark powers. She had lived a century ago but had partaken of the rumored fountain of youth found on the sinister island of Gladstone. Was this her? If it was, why did she look so old and frail? And how was she here?

I shivered and took a step closer to Han. He put his arm around my shoulders and the weight of it allowed me to exhale.

We had hiked for hours to reach the alpine lake. It was baffling to find an elderly woman sitting this far up. She didn’t look to be the type who’d be able to climb a set of stairs, let alone a mountain. She had no hiking supplies with her, and she wasn’t dressed for it either, in her long dress that seemed more suited for a carriage ride in the Middle Ages. When I asked her if she had hiked up here by herself, she laughed at my question, saying that no, she didn’t get here by herself, but then she changed the subject. As if that wasn’t crazy enough, she told us her name. I’m almost sure she said Nemmy. Her strange appearance, plus that familiar name, made it possible that she was the witch from the stories the ghost had told.

“You are the recently discovered Caldwell relative who fell through the mirror into Destiny Falls,” she said. It wasn’t a question. It was clear that she knew who I was. “How kind of you to deliver yourself right to my front door. I have something especially for you, Helen.”

“It’s Hayden.” I corrected her automatically.

“Ah, right. Hayden.” She made an effort to stand up but was struggling, so Han and I helped her. As soon as she was upright, she raised her arm and pointed her bony finger inches from my face. With her other hand, she pulled a handful of herbs, dust, and dirt from a pocket and tossed it at me. “Ostend mee-hi virtute!” she shouted.

In a flash, Han tugged me by my arm and pushed me behind him. It was a sweet protective gesture that I appreciated in the face of this deranged old woman.

The woman did a panicky little jig, shook her hands wildly, then grabbed in her pocket for more of the mixture. She tried to throw it around Han and into my face. She repeated what she had just said. Only much more exuberantly. Then she stomped her feet in frustration and repeated loudly, “Virtute! Virtute!”

I coughed at the dust and squinted at her. “What is she doing?” I whispered out of the side of my mouth to Han.

“I have no idea. But it sounds like some kind of spell,” he side-whispered back. “Slowly back away.”

The woman who could be Nemmy rolled her eyes. “I’m not a superhero, but you know I can still hear you,” she whispered back to us out of the side of her mouth.

We both turned to look at her. She laughed heartily and we heard her mumbling, “A spell! What will they think of next?” Then her laughter abruptly stopped. Her face sagged and she growled at us to leave her alone.

What if she was just a random senior citizen and her name a coincidence? Maybe I misunderstood her, and she said her name was Emmy. “Are you sure you don’t want us to wait until your hiking partners come back . . . Emmy?” I asked.

She pursed her lips and shook her head. “Your benevolence is exhausting, young woman, and you’re more than I anticipated. Just leave me in peace.” She waved her arm and turned away from us. “Go! Go away!” she yelled. Then she stepped into the entrance of the cave, leaving us standing there gaping at the cavernous opening.